'People open up because of our dance'

The Permanent Representation of the Kingdom Netherlands to the United Nations in Geneva drew attention to human rights and humanitarian issues in an artistic way with ‘4 Corners of Expression’. Live on stage, 4 human rights were expressed through 4 different art forms: singing, drawing, vlogging and dancing.

Dancers Dakota & Nadia were invited for a second time to perform one of their dances at the United Nations in Geneva. This time on the subject of mental health and psychological abuse.

Dakota Simao and Nadia Ladeiras impressed the world in 2018 by their dance performance on the TV Show ‘France’s Got Talent’, by choosing the difficult and unexpected subject of ‘Domestic Violence’.  The audience was silent, the jury in tears, and the video of their performance on YouTube went viral, which brought public awareness worldwide to a subject people don’t always dare to talk about.

They finished second in that year’s TV Show, with yet another uncommon theme in the semi-finals: mental health and psychological abuse. What made them decide to choose this topic? And did they realise what impact their performance would have on the audience and beyond?

Feeling powerless when you cannot help someone

‘A close friend of ours lived in a situation like this and it was very difficult for us that we couldn’t help her’, says Dakota. ‘This dance was born out of a frustration of not being able to do something, and of feeling powerless. It was our artistic way to express ourselves about this serious matter. Unfortunately, everyone can have someone close who lives with a mental health problem, so we also hope watching our dance can help others.’

Touch people’s heart and their mind

Dakota & Nadia have had beautiful reactions to their dances from a lot of people who started to share their own story with them. You can see they are both very sensitive to these emotions. ‘Sometimes people are shocked when they see our dance’, says Nadia, ‘and sometimes they cry.’ ‘It has happened that strangers, who had been in such a situation, feel comfortable to talk to us about it and tell us their experiences. They open up because of our dance and we are very moved when they share their intimate stories. This motivates us to continue!’

‘I remember one particular message from a man’, says Dakota to the M6 movie crew who came to the 4 Corners of Expression event. ‘He told me that he was the violent person in his relationship and that our dance opened his eyes to what he was actually doing. That was quite impressive, to think that we made him realise, and that we made him want to stop.’

Sometimes images do say more than words. Dakota & Nadia had performed before in the Human Rights Room at the Palais des Nations, at the end of a session where Women’s Rights were discussed. It was the first time such a performance was ever held in Room XX and for Dakota & Nadia it was an honour to dance right there where these topics are discussed. ‘I was tired after a full day of meetings, but in only two minutes, you have showed me again why it is so important to discuss these topics’, a lady said to them after the performance.

Nathalie Olijslager, Ambassador Humanitarian Affairs at the Permanent Representation of the Kingdom of the Netherlands to the UN: ‘Mental health and freedom expression are both very important subjects to the Netherlands. That is why we wanted to provide a podium for different forms of expression, as well as shed light on issues which are difficult to discuss.’

Did you think it would be this successful?

Dakota & Nadia almost did not participate in France’s Got Talent, because their dance was judged ‘too violent’ at the beginning. Fortunately, they managed to convince the TV show to let them audition.

‘In terms of impact, we are very happy that our dance has also touched people in politics and that made us able to perform at the UN in Geneva, which is a great honour’, said Dakota at the end of the event. 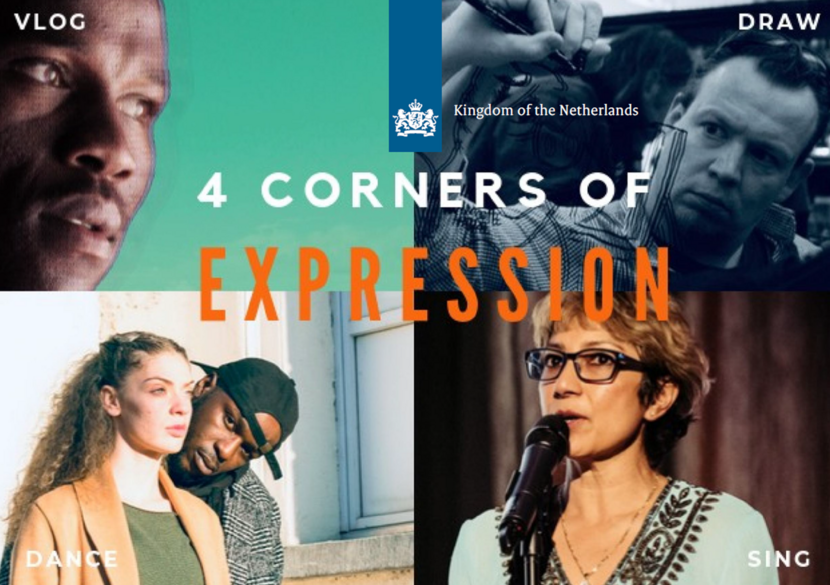