The relationship between humans and robots is constantly changing. Due to innovation, artificial intelligence and robotics are continuously evolving. With these new possibilities come new ethical dilemmas. These dilemmas were highlighted during an event about the ethics of robots organized by the Permanent Delegation of the Kingdom of the Netherlands on 10 November 2017 at UNESCO. The objective was to gather input for the international debate about ethical problems relating to different uses of (autonomous) robots and artificial intelligence. The start of the discussion was the first UNESCO-COMEST rapport on the topic (published in September 2017).

Ambassador Lionel Veer opened the event together with ms Nada al-Nashif, Assistant Director-General to UNESCO, responsible for social and human sciences. Ms Al-Nashif opened with the statement that the new technology has the potential to change society in a fundamental way. With its report, the UNESCO COMEST Commission can help society by anticipating problematic situations and by drawing up ethical principles to avoid them.

Vanessa Evers, professor in Computer Sciences at the University of Twente, showed with her robots Nao and Zeno that technique doesn’t have to be frightening but can, on the contrary, be very helpful for people. There are for example robots that can mimic facial expressions, which makes it possible for therapists to teach autistic children what emotions are and how they can recognize them.

Mark Coeckelbergh, professor in Philosophy at the University of Vienna, emphasized that we already live in a world imbued with artificial intelligence and robots. Of course it is important to think about the ethical aspects of this ‘robotization’, but people shouldn’t forget that robots also help to lead a more comfortable and dignified life. We need to think about the moral status of robots: do we value the robot the same as animals or humans?

Moderator of the event, Peter-Paul Verbeek, professor in Philosophy of Technology at the University of Twente, and member of the COMEST-committee, pinpointed two problems: how can we take and keep responsibility concerning the actions of robots and, secondly, can a robot take responsibility for its actions? Now that self-driving cars are being developed, it is important to be aware of what this means in terms of responsibilities. He also stressed the positive potential of robots for society, as they can give people back a part of their autonomy and dignity. Examples: a personal care robot can help a sick man shave so that he doesn’t have to ask his wife to do this every day, or a feeding robot for a person who would not be able to feed him or herself.

The Q & A session focused on privacy issues: what happens to all the information the robots will gather about us? A participant suggested to develop an international framework for this. Furthermore it was emphasized that robots can be very helpful in the medical sector, but that a selection should be made of the tasks that can be taken over by robots and which tasks should not.

The meeting found the publication of the COMEST report a good time for reflection on the robot revolution, to give all of the stakeholders the opportunity to take responsibility for current and future developments.

For more information check this Facebook-Live by Peter-Paul Verbeek and this video-message in which Verbeek summarizes the COMEST-rapport in 2 minutes. 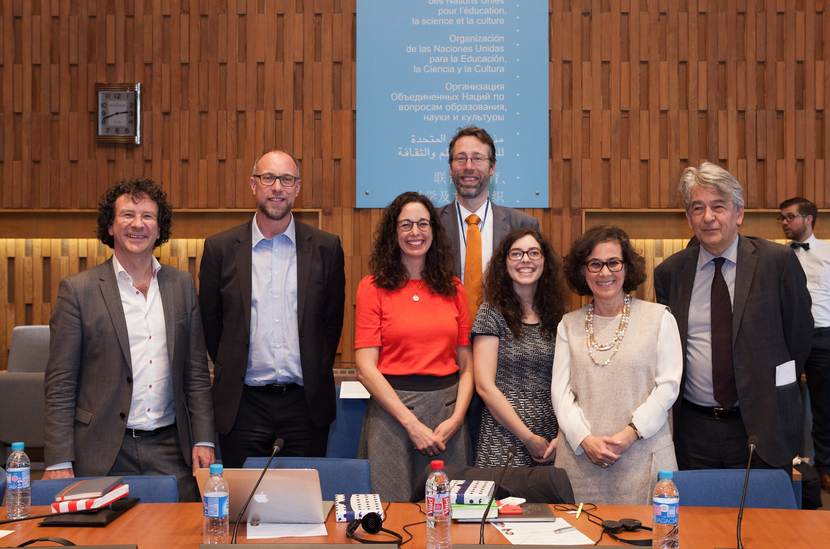