The Kingdom of the Netherlands aligns itself with the EU statement and expresses our deepest appreciation for the Commission of Inquiry’s work.

Whenever one thinks the situation in Syria has hit rock-bottom, a new low is found. Recently, unabated airstrikes on civilians and civilian infrastructure displaced nearly a million in the Northwest. The military offensive has outpaced humanitarian aid and the impact on civilians is clear. Children are freezing to death.

Even where violence has diminished, in areas retaken by the Syrian military, the human rights situation hardly improves. Broken promises are abound. Civilians, activists and journalists remain at risk, as arbitrary detention, torture and forced disappearances continue to be common practice for several actors, notably the regime.

Publishing the Board of Inquiry report would be an important step. Knowing the truth about the other crimes and violations that have been committed is equally important and the Commission, as well as IIIM, has our full support.

Distinguished members of the Commission, noting your earlier recommendations, what more can we do to elevate the issue of the arbitrary detained and the missing? 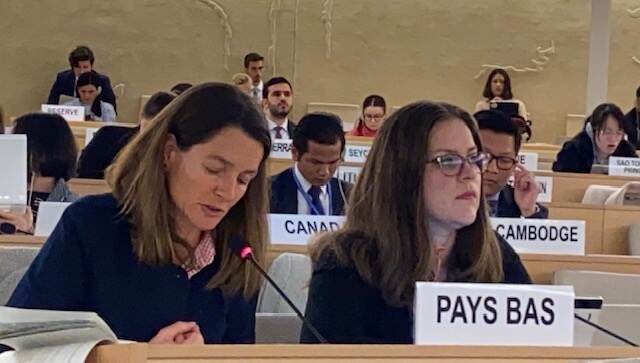