Thank you Mr. de Mistura for your briefing.

Frankly speaking, we are disappointed. We were hoping for more positive information and we are concerned about the challenges you described. Especially in the attitude of the Syrian regime as to the role of the UN. In our view it is time for the constitutional committee to be launched.

It is important to make irreversible progress towards a political resolution of the conflict in Syria by convening the constitutional committee, under UN auspices, as soon as possible, in November. Before the end of the tenure of Special Envoy Staffan de Mistura.

We need to see the actual launch of the constitutional committee and we are looking forward to the invitations being sent out in the coming weeks.

One can only speak of a credible political process when the Constitutional Committee itself is credible, balanced, inclusive and represents all Syrians.

Therefore the role of the UN is key. Therefore this Council adopted resolution 2254. The role and the autonomy of the UN is essential and this autonomous role includes the membership, the scheduling and the scope of work.

The UN has not started from scratch but is operating fully in line with resolution 2254 and the Sochi Final Statement of January 2018, circulated to this Council by Russia.

The Syrian Regime has to work with the UN and we count on countries who have influence, especially the Russian federation to use its influence with Damascus.

Meaningful commitment of the Syrian government is now needed.

The political time and space for further delaying the process and endlessly moving the goalposts is up.

We expect the same for any members of the UN’s middle-list that currently reside in Syria.

We strongly support the Special Envoy for women to constitute 30% of the Constitutional Committee’s members.

We strongly urge that this commitment be extended to ensure that any future drafting sub-committee also includes 30% women’s representation. Especially in this week dedicated to Women, Peace and Security.

The constitutional committee is not a goal in itself, it is part of the broader UN-led political process based on the Geneva  Communique and on Security Council Resolution 2254.

Implementation of that Security Council resolution is the only path forward. There is no circumventing of this important Council resolutions. Let us use the Idlib window as Staffan mentioned. In conclusion let me just refer to our well known position on accountability, on humanitarian assistance, and certainly on the need of political transition to take place as a precondition for reconstruction aid. 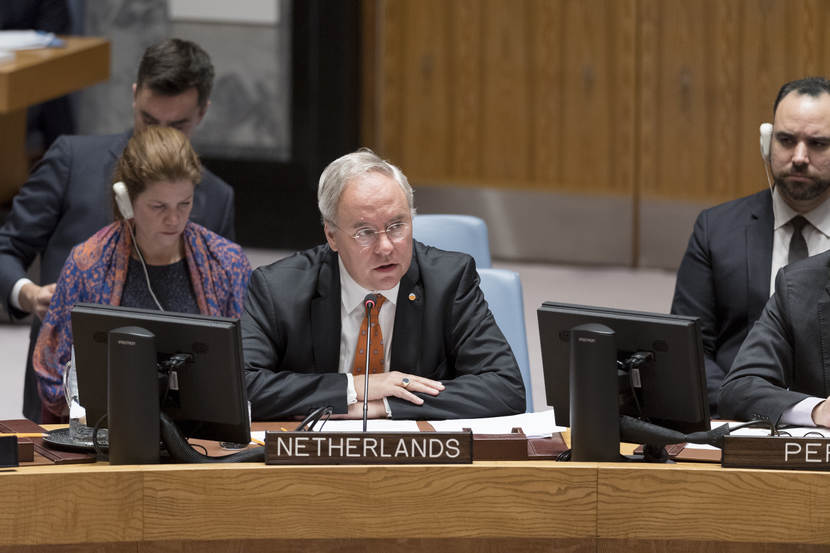