The annual report gives a clear overview of the considerable work done in the reporting period as well as of the challenges ahead.

We are a proud host and a firm supporter of the International Criminal Court. Given the great importance of the topic at hand, please allow me to briefly address the following three issues:

The Rome Statute was adopted 20 years ago. Since then, the International Criminal Court has established itself as a main actor in the fight against impunity. The Court plays a key role in achieving a culture of accountability and sustainable peace. It brings justice to those responsible for the most serious of crimes, when states are unwilling or unable to do so themselves.

Unfortunately, today, the battle against impunity has become even more pressing. The international community must redouble its efforts in enabling this Court to live up to its full potential. States have to take up their primary responsibility to prosecute the atrocity crimes.

As long as that is not the case, we have to continue to strengthen the International Criminal Court politically as well as financially.

That brings me to my second point: current challenges facing the Court. As set out in the report, the judicial activities of the Court are growing in a rapid pace. The increasing workload reflects the widely held trust in the Court, but also brings with it many challenges. Challenges the Court should not face alone.

As the Court has itself repeatedly underlined, it has to rely on the States Parties to exercise its mandate effectively. The Court needs to be provided with sufficient means to handle its growing workload in an efficient manner.

Furthermore, States should cooperate with the Court, including by promptly executing outstanding arrest warrants. Voluntary cooperation by States is vital for the effective and efficient functioning of the Court. I am talking about the framework agreements regarding witness relocation or the enforcement of sentences.

Also, findings of non-compliance should be addressed through concrete action, by State Parties and by the Security Council.

The States Parties need to support and facilitate the work of the Court throughout the various stages of its judicial proceedings.

That brings me to my third point: universality. This year we celebrate the 20th anniversary of the Rome Statute. And the jurisdiction of the crime of aggression has been activated.

Up to this very day, we have seen State Parties, international organisations and civil society united in their efforts to honor these achievements. By voicing their support and advocating for its global support, they underline that the International Criminal Court truly does embody norms and values that are both fundamental and universal.

We hope that these positive signals will resonate throughout the international community and will encourage UN Member States who have not done so to ratify the Rome Statute and join us in our fight against impunity.

We also call on States that have notified their withdrawal to reconsider their decisions. Universal ratification of the Rome Statute is necessary for the Court to exercise its mandate more effectively.

We must therefore not waver in our efforts and continue to strive for universality, this commemorative year and beyond. 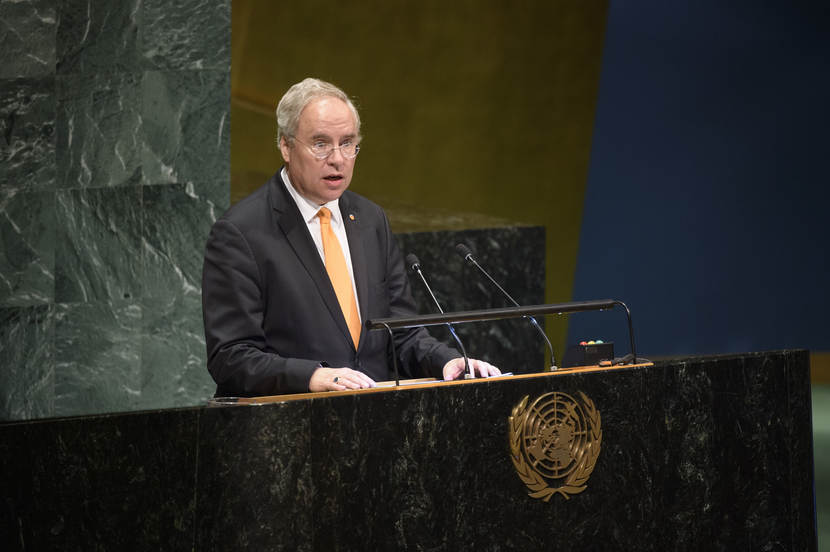