Statement by H.E. Lise Gregoire-van Haaren,
Deputy Permanent Representative of the Kingdom of the Netherlands to the United Nations

And on behalf of the Kingdom of the Netherlands, I would like to express our sincere thanks to Cote d’Ivoire for organizing this briefing.

We also wish to thank Assistant Secretary-General Zerihoun, and Ambassador Vieira for their informative briefings.

Mr. President, please allow me to focus on three important points with relation to UNIOGBIS and the situation in Guinea Bissau:

Mr. President, on UNIOGBIS’s possible transition. Let me start by thanking ASG Zerihoun and the rest of the UNIOGBIS team for the thorough report and its clear and honest analysis. This is exactly the type of reporting we need for the Security Council to do good work. The Kingdom of the Netherlands considers this report to be an example of how the UN can outline the evolution of peacekeeping and special political missions and ensure a smooth transition.

A phased transition would definitely be necessary in any possible exit scenario of UNIOGBIS, which we do not take as a given based on resolution 2404.

Nevertheless, if the Council is to contemplate an exit, it is imperative that benchmarks are set. Benchmarks should not linked to time, but should rather be based on achieving actual qualitative benchmarks in the country. These benchmarks should at least include the successful completion of the electoral cycle and the subsequent formation of a government.

The Kingdom of the Netherlands would like to emphasize the need for a responsible transition strategy, which takes into account the achievements of the Mission and the country and allows for the active engagement of the Peacebuilding Commission.

A responsible exit and coherent transition are essential to both build and sustain peace in Guinea-Bissau, and to prevent Guinea-Bissau from sinking deeper into political instability.

2. The political situation in Guinea Bissau

Mr. President, on my second point: the political situation in Guinea-Bissau is concerning. The Kingdom of the Netherlands regrets the fact that the legislative elections scheduled for 18 November have not taken place.

We take note of the Presidential decree of 20 December, in which the date for elections is set for 10 March 2018. While we welcome the setting of a date for elections, the Kingdom of the Netherlands regrets the fact that this date is not in line with the end of January deadline as stipulated in the ECOWAS communique of 12 December. Also given the near completion of the voter registration process, it is difficult to comprehend why the new date is not in conformity with this deadline.

It remains imperative that free, fair and credible elections take place prior to the presidential elections. Combining these remains unacceptable.

We therefore request the authorities of Guinea-Bissau to base the date of elections on the ongoing voter registration process, and adhere to the timeline stipulated by ECOWAS in its communique of 12 December.

The electoral commission, GTAPE, should be able to continue its work unhindered and legislative elections must take place prior to presidential elections.

The organization of inclusive, free, fair, transparent and credible legislative and presidential elections is crucial for the implementation of the Conakry Agreement and the ECOWAS Six-Point roadmap. Its full implementation remains the only way to lasting peace and stability in Guinea-Bissau.

Therefore, the Kingdom of the Netherlands would like to highlight two other elements in this regard: the signing of a stability pact and the urgent need for constitutional reform.

The stability pact must be further deliberated inclusively, and the signing of the pact should occur prior to the organization of legislative elections. Additionally, the 2048 sanctions regime remains linked to the electoral cycle. Any reconsideration of the sanctions, in any direction, should be based on the conduct and completion of a full electoral cycle.

Mr. President, on my third point: the indispensable role that ECOWAS plays in building and sustaining peace in Guinea-Bissau. We commend the efforts of ECOWAS in Guinea-Bissau, particularly the visit to Bissau on 12 December.

We welcome the issuance of the communique following the visit, in which ECOWAS called on President Vaz to announce a new date before the end of January for elections prior to its Summit on 22 December. We regret that the authorities in Guinea-Bissau did not adhere to this line.

In addition to the role of ECOWAS, we also want to stress the important role ECOMIB plays in Guinea-Bissau. And we support the EU decision to continue to finance ECOMIB.

In conclusion, Mr. President, ECOWAS, the African Union, the European Union, the Community of Portuguese Language Countries and the United Nations remain partners in building peace in Guinea-Bissau, with UNIOGBIS as its main convener.

We call upon this Council to continue to monitor the situation closely, and base a possible reconfiguration of UNIOGBIS’s tasks on clear benchmarks and achievements in consultation with relevant stakeholders and actors on the ground.

This Council’s involvement in Guinea-Bissau has a clear link to preventing the outbreak of violence in a difficult political impasse. It remains crucial to continue to support the Bissau-Guinean Government and other political stakeholders in sustaining peace in Guinea-Bissau.

Thank you very much. 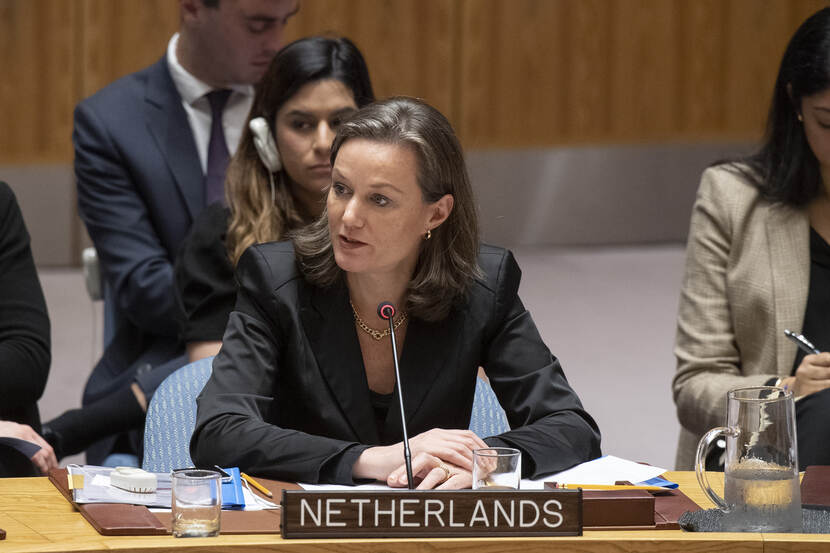