Over the years, the Kingdom of the Netherlands signed many UNESCO Culture Conventions. Below you can find a short overview of the conventions, with a link to the official UNESCO documents. 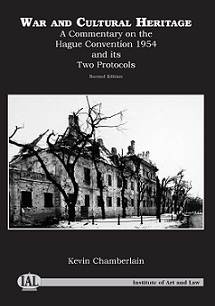 The Convention of The Hague guarantees the protection of cultural property in the event of armed conflict. The Netherlands played an important part in the establishment of this convention. It was drafted in 1954 in The Hague, after which it was ratified immediately by the Dutch government. The same happened in 1999, when a second protocol was introduced as an addition to and completion of the first.
For more information, see the First Protocol and the Second Protocol.

In 1992, the Kingdom of the Netherlands ratified the World Heritage Convention of 1972. This means that the Netherlands contributes to the warranty of natural and cultural heritage sites, which are of universal importance to the history of human kind. The Netherlands can also nominate new sites for UNESCO’s World Heritage List. There are currently nine Dutch sites on this list; follow this link to find out which sites these are.
For more information, see Convention concerning the Protection of the World Cultural and Natural Heritage.

During the same year, the Kingdom of the Netherlands also ratified the UNESCO Convention on the Protection of the Diversity of Cultural Expressions. This convention was founded in 2005 and underwrites a country’s right to execute its own culture policy. 132 countries have already signed the convention.
For more information, see Convention on the Protection and Promotion of the Diversity of Cultural Expressions.

The Convention for the Safeguarding of the Intangible Cultural Heritage of 2003 was signed by the Kingdom of the Netherlands in 2012. Intangible heritage is heritage that is ‘alive’; social customs, ceremonies, rituals, traditions, expressions, unique knowledge or skills that are all recognised by communities and groups (and sometimes even individuals) as some sort of expression of cultural heritage, and that is essential to establish a common identity. Queensday or Kingsday is a well-known expression of intangible cultural heritage in the Netherlands. Currently, the Dutch Centre for Popular Culture and Intangible Heritage is working on a national inventory of these kinds of expressions, on which more information is available on their Dutch website.
For more information, see Convention for the Safeguarding of the Intangible Cultural Heritage.